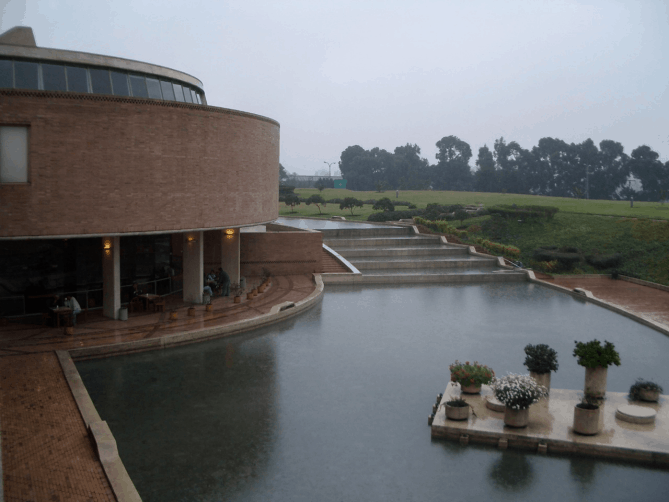 The building, designed by Rogelio Salmona (1929-2007), considered the most important Colombian architect of the 20th century, stands out due to its creative design, a maze of colors featuring red brick walls and exterior space that makes it, according to its creator, a kind of “ceremonial center” 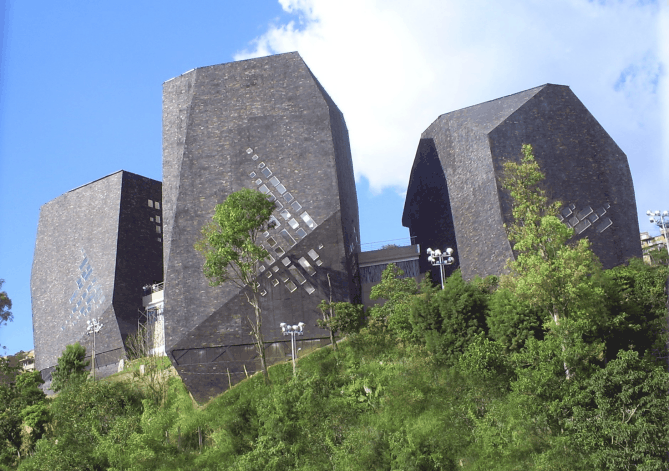 Three buildings that resemble black stones, in contrast to the homes in the neighborhood. The library is located at the top of one of the peaks of Medellín and it’s an ideal sightseeing point of the city.

Designed like an upside-down pyramid, the EPM Library in Medellin is an iconic building not only for its walls of glass and natural stones and its 107,000 square foot beautiful interior but for the forest of white columns located just outside: “La plaza de Cisneros”.

Each column of the Plaza has seven reflectors illuminated by 170-floor lamps. The lighting system simulates phases of the moon. 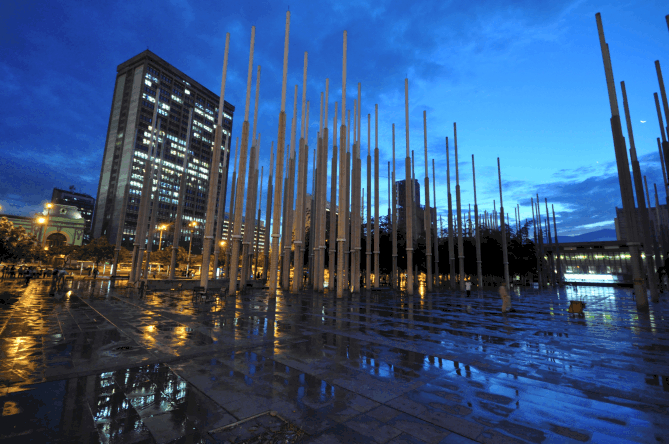 Photo Attribution: By https://www.flickr.com/people/jlascar/ Jorge Láscar (Own work, I took the picture) [CC-BY-SA-3.0 or GFDL], via Wikimedia Commons