You are here: Home1 / Learn More Than Spanish – Blog2 / Vocabulary

After reading our previous post “Places you didn’t know they speak Spanish” you might have wondered if all Spanish speakers (more than 500 million people) understand each other.

Also, if you want to learn Spanish in Colombia you might wonder whether you would be able to communicate with others when traveling to Spain.

The simple answer to both questions is yes!

We all understand each other and if you learn Spanish in Colombia you will be able to communicate with any other Spanish Speaker.

However, keep in mind that the language varies greatly from one country to another.

It reaches so many different peoples and cultures; which makes each country and region have its own dialects, accents and expressions.

A linguist called Albert Marckwardt called this process the “colonial lag”. It means that the current state of a language spoken in new colonies did not evolve in the same way as the language in its country of origin. This could explain why the words and phrases people use in Colombia are different from those used in Spain.

Since the dialects spoken in the various regions of Colombia and Spain are quite diverse, those terms are more geographical than linguistic relevance.

Having said this, let’s now move to the differences!

Top 5 differences between Spanish from Colombia and Spanish Spain

One of the greatest differences you might hear is regarding the pronunciation of the ‘z’ and ‘c’.

In Spain, the sound of the letter ‘c’ changes to the sound in English ‘th’. While in Colombia it is also pronounced like “s”.

Both ‘usted’ and ‘tú’ are the Spanish equivalents of the pronoun “you” that can be used to replace the name of the person we are speaking to.

“Usted” is usually a more respectful way of talking to someone, such as a new acquaintance, an older person, or someone you consider to be of higher rank.

‘Tú’ is used when talking to friends, family, and others with a closer relationship.

However, the use in Colombia and Spain is different:

In Spain, “tú” is used most of the time. It is rarely the case when people use “usted”. For most people, “usted” is comparable with “sir” or “ma’am’’, which is considered to be old-fashioned.

Between friends or family members they never use “usted”. It is only used for example when they ask something in the street to an older woman or man or when working in customer service.

In Colombia “usted” is frequently used.

In some regions of Colombia, it is common to hear people referring as “usted” even when they are close friends and family members.

“Vosotros” (masculine) or “vosotras” (feminine) is the plural form of “you”.

Spain is the only Spanish speaking country where this pronoun is used. This is one of the key differences between the two languages.

In Spain, they use “vosotros/vosotras” in most of the cases when addressing a group of people.

“Ustedes” is only used when they really want to show formality.

In Colombia, “vosotros/vosotras” simply doesn’t exist. Therefore, we use “ustedes” in both formal and informal situations.

If you want to say “You all are my best friends”

4. Use of the past tense

This is probably one of the less noticeable differences between both languages.

In Spain, it is common to talk about a completed action using the present perfect tense. While in Colombia it is more common to use the simple past.

What did you do today? Today I went to work

What did you do today? Today I stayed home

This is probably the main and biggest difference between Colombian Spanish and Spain Spanish.

It’s actually the main difference between all the Spanish-speaking countries.

The difference in Spanish languages or dialects is similar to the differences between English speakers from the US, UK or Australia.

For example, Americans would say “fall” while the British would say “autumn”. They both understand what the other word means but they just don’t use it.

The same goes for Spanish speakers. We may use different vocabulary, have different accents or expressions, but we ultimately understand each other.

Here are a few examples of different words meaning the same in Colombia and Spain.

Therefore, someone who speaks good Spanish would have no issues communicating with other Spanish speakers. The main differences would be with regard to the country or region’s accent and vocabulary.

Spanish is one of the richest languages in vocabulary in the world.

And it has a good number of long words.

According to RAE, The Spanish Royal Academy the longest word in the Spanish dictionary is «electroencefalografista».

So, to help you get into the habit of enrichening your vocabulary, here are five long Spanish words you can actually use:

Meaning: Sternocleidomastoid, muscle of the neck.

Meaning: Inconsolably, that cannot be comforted

Meaning: Kaleidoscope, a toy consisting of a tube containing mirrors and pieces of colored glass or paper, whose reflections produce changing patterns.

As you can see, most of them are compound words (adverbs or two based-words). It could be a good exercise you try to practice their pronunciation! 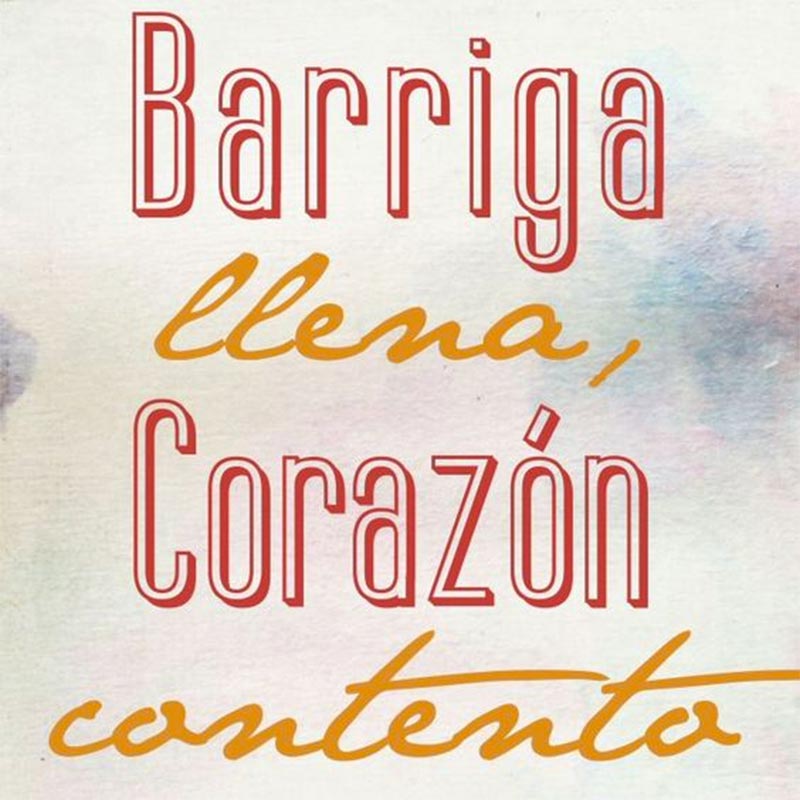 But what does that mean? Is it just about food?

We certainly don’t think that way.

We think “Barriga llena, Corazón contento” means everything looks different when you have fulfilled all your basic needs, like food, shelter or health.

And fulfilling your basic needs makes you feel O.K. about life and any problems you may have.

What do you think? Knowing you have food for you and your family makes you feel good about life?

We’d love to hear your thoughts in the comments!